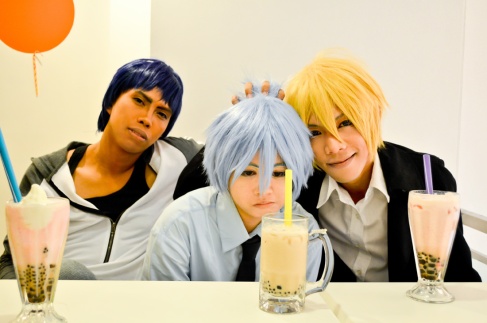 Gad I am so sorry for the super late post! As far as I remember, we had this shoot during November last year? //otl forgetful me

We actually took advantage of the Rurouni Kenshin event so we could legitly take photos around. Hahaha! 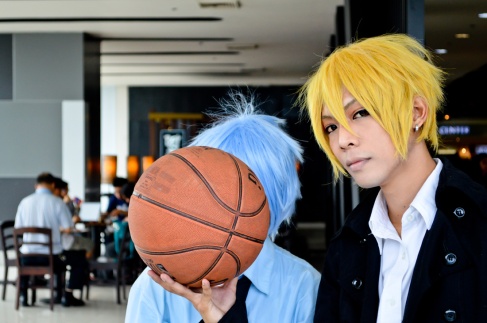 Kuroko’s power of misdirection. FEAR IT. 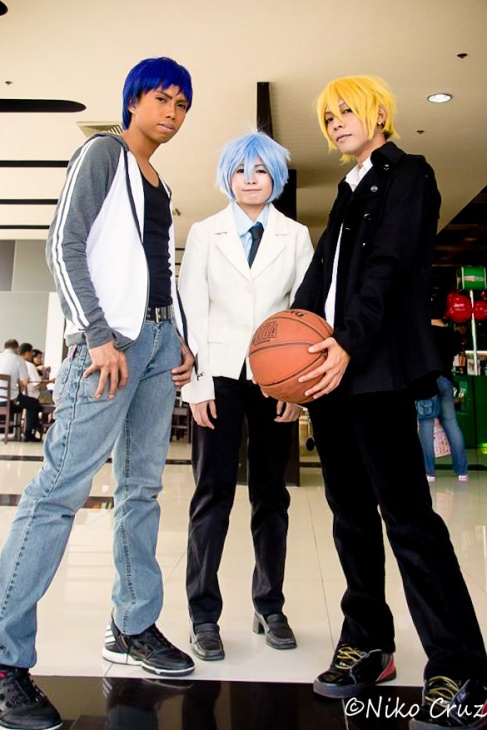 Now have a really awesome Kise. 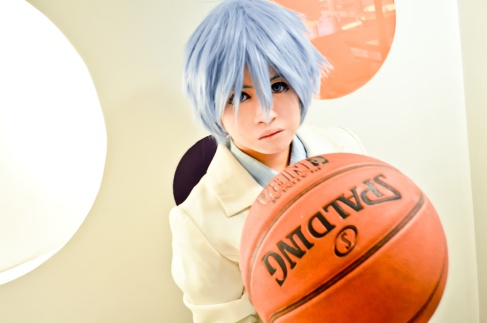 Oh but, what’s this?

Nah, I’m very short for Bakagami. But wait, we’ll have a Kagami soon *u* And I think he’ll do better because. “He”. xDDD I can’t contain my excitement to see my friend go as Kagami ^_^

I’ll just leave this one here~ 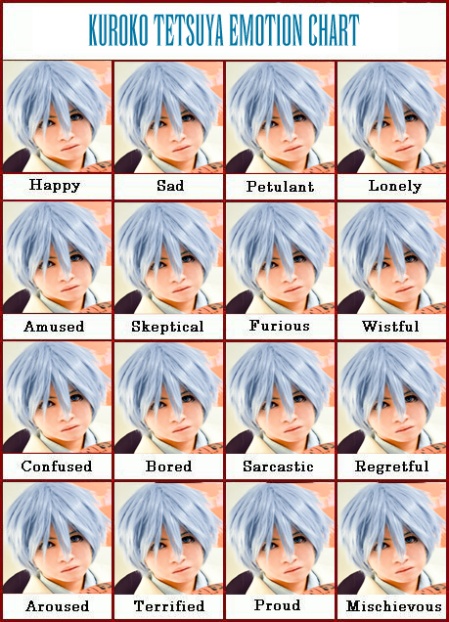 Wheee, I actually used the base from basesToUse from deviantArt. I honestly suck at anatomy hehe. So I remade the line art and transformed it into Syo!

At first I wasn’t very attracted to this guy until I suddenly related with him. I’m afraid of heights, I don’t like being called cute or short, and I have a deredere friend who sometimes makes me feel creeped out. Hehehe.

Who’s your favorite Utapri character? Mine would be Syo and Natsuki 😀 Ai’s included too because he’s the sempai of the two. LOL sorry for bias. BUT I honestly like all of them. xDD

I am not ashamed to show these two images comparing how I’ve been in a year. I’m not exactly saying that the first portrayal was a fail, I just thought that it could’ve needed an improvement. I’m a fan of Otoya Ittoki from Uta no Prince-sama.. but I felt that I didn’t give him justice on my first time cosplaying him.

If I were to pay attention to everything about Ittoki, physique-wise and attitude-wise.. Ittoki has a sunny and childlike disposition. He also sports a quite messy bedhair-like and spiky red/red-orange hair. His STARISH concert outfit is a white vest that is almost backless and has a light blue collar.

For me, my first portrayal lacked “attitude”, and a few details were neglected. I also didn’t bother with the make-up… When I learned about make-up.. It was such a heaven sent! Make-up totally transforms you if you learn how to manipulate your look with it! And I noticed that I had the wrong wig + wrong vest + wrong elbow band. Honestly I still have the same wig and vest except for the red elbow band on the second photo. All I did was just… dadadun! Learn the proper ways of wig styling plus repairing costumes. The new elbow band was remade by me. And another factor… I was also quite chubby on the first photo. I was inspired to go on a better diet so it also helps with the body and face angle!

Oh dear.. I never imagined that the difference will be this big. And no, I did not undergo anything drastic physically. All I did was just lose weight and learn make-up techniques hehe. I’d say that experience is really the best teacher.. It’s actually all right to fail, as long as you are willing to learn from mistakes and use those mistakes as stepping stones to becoming better. I’m not saying I’ve become better… I admit I still have a long way to go and I’m just struggling to be close to my favorite characters just like you. I just thought of sharing this experience of mine so that I could help cosplayers get out of their “insecurities”. We all have those insecurity problems. But nothing to worry about if we practice and study on our craft!

If anybody’s asking…I started cosplay way back 2005. Although you wouldn’t want to see how I was then haha! Like I said, I really avoided the thought of doing make-up and styling wigs. I was so afraid of trying new stuff plus I, too, have that terrible insecurity (I still do LOL) thinking that I’m too ugly to cosplay my fave characters. I guess it all takes patience, hard work, and the skills to become who you want to be 🙂

Belated happy birthday again to Mayu-chan and thanks for the invite! I hope you liked my gift >__>.. so sorry it’s so simple x__x

Anyways I went as Otoya Ittoki (STARISH idol/concert version) from Uta no Prince-sama along with Kei as Ren Jinguuji (Shining All-Star version) and Jayson as Natsuki Shinomiya (err, well, it was a totally random outfit but tried to look All-star haha). I am also very happy to have met Rye/Jenny!! You’re such an adorable and lovable person you >w< She came as Kaito 😀 But I kept poking on her that she went as Masato wheee~

Me with John Rey

The party was short but it’s so fun >w< Again I’m very thankful to Mayu-chan for the invite. The food was great, the whole gathering is a blast!! How I wished I could have arranged for a party like this before. WHO KNOWS. 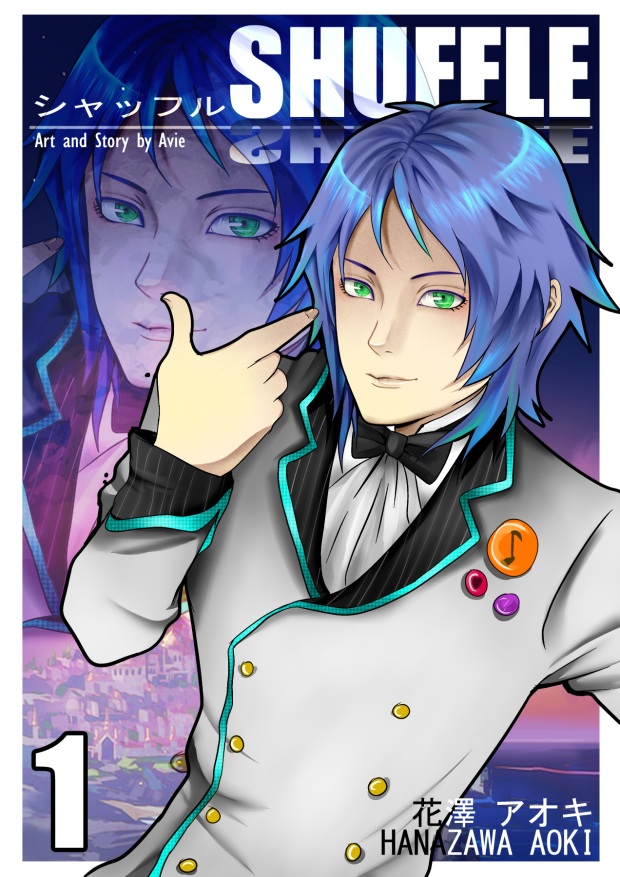 I’m still struggling of what to name my first chapter’s title… This is funny, I now got inspired in taking my artwork seriously, but I can’t come up with a plot! T__T

And now I’m sure that Hanazawa Aoki will now be Shuffle’s main protagonist.

I think I’ll just go brb and carefully come up with a good plot |||OTL.